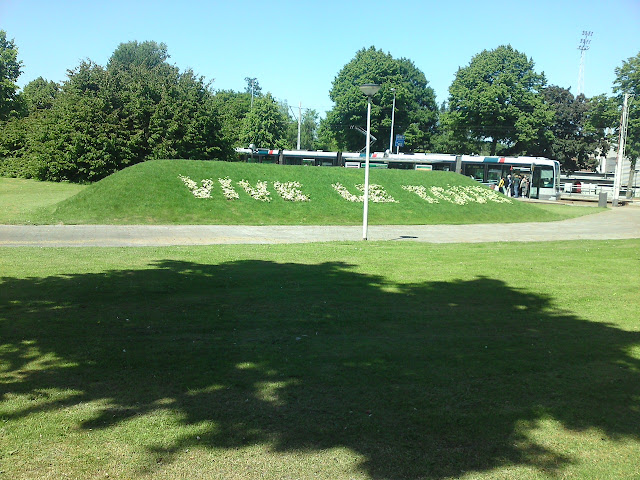 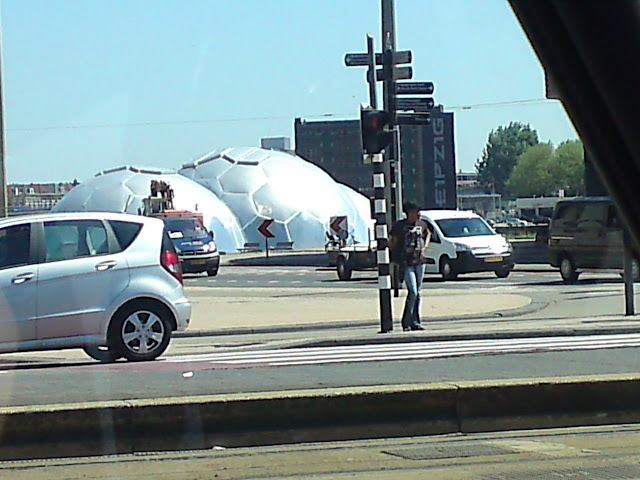 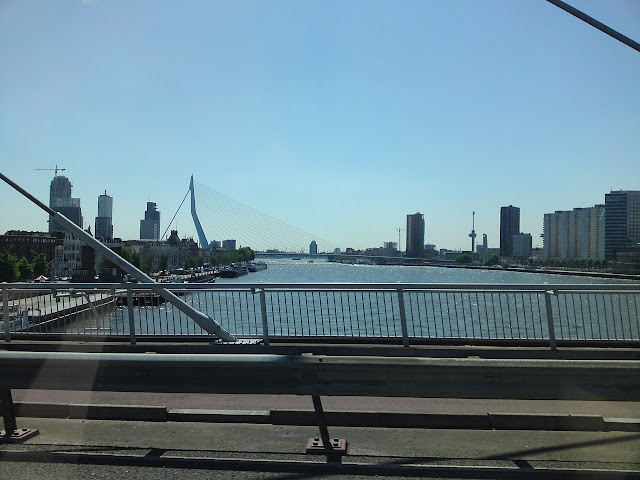 Yesterday Alexa had a deadline... two papers had to be delivered at school in Rotterdam at 16.00. She found her dad willing to take her to the city (otherwise she would have been too late). I went with them and took a couple of images...

Vive le Tour... in July the first stages of Le Tour de France are taking place in Rotterdam... the flowers are already blooming!

The second photo... think your thing about it, but I doubt these are placed to promote the World Championship Soccer that is going to take place in South Africa. And... with the temperatures we have now, I'd rather stay outdoors...hehehe